The Starburst pokies machine from NetEnt is one of the most unique pokies machines around. Cleverly blending arcade play with pokies machine-style winnings, this game will keep you engrossed for hours on end.

How to Play Starburst Pokies

The Starburst pokies machine has been created by NetEnt. It offers 5 reels and 10 different paylines. The minimum bet on this pokies machine is 10c with the maximum bet being $100 per spin. At the time of writing, it is one of the most popular pokies machines that the company offers, and it really isn’t hard to see why.

If you want a game which is simple, and yet still boasts a visibly appealing theme, then this is one of the best pokies machines on the market. The colours of the brightly lit gems are gorgeous. There isn’t really all that much going on with the look of the pokies machine.

This is actually something that we love. In our pursuit of reviewing as many pokies machines as possible, we have come across some terrible ones. They have confusing symbols which are no doubt going to leave you wondering whether you have won some cash or not. Thankfully, the makers of Starburst have not fallen into that trap.

Playing the base game is pretty simple. In fact, everything should be fairly self-explanatory. You boot up the game, you select the amount you wish to bet, you set the number of win lines, and then you hit that spin button.

Somewhere along the line, you will probably be crossing your fingers hoping for the best! The wins actually do come fairly frequently when you are in the base game of Starburst pokies machine. However, the real cash is going to be found in the bonus rounds, so let’s talk a little bit about them. 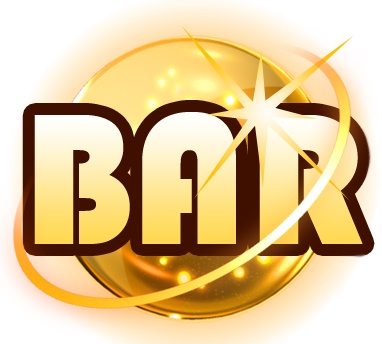 There is no real ‘free spins’ feature on this game, so to speak. However, there is something which is going to come pretty close to it. We will discuss that soon.

Win Both Ways Feature: this just means that the machine pays out right to left and left to right. This will instantly increase the number of possible combinations that you are able to score.

Expanding Starburst Wilds: this can appear on the middle three reels. If they do appear, then they will ‘expand’. This means every other symbol on that reel is going to become wild. The machine will then automatically re-spin up to three times (not technically free spins).

You will be able to net yourself some wonderful combinations here. If wilds continue to appear, then they will become ‘sticky’ and they will be held in place.

If you are exceedingly lucky, you will win big here. The developers of the Starburst pokies machine have claimed that you can win up to $50,000 in this feature. This is, of course, an absolutely huge sum of cash considering this isn’t a progressive pokies machine!

The very format of the Starburst pokies machine lends itself well to mobile play. It, therefore, came as no surprise to us when we discovered that NetEnt had released a mobile version of the pokies machine.

With the team behind it, it also came as no surprise to us that the game played ridiculously well. If you love the desktop version of this pokies machine, then give it a whirl on your favourite mobile device. You will love it just as much.

We think that one of the biggest let downs on the Starburst pokies machine was the lack of a free spins option. In fact, we are not going to lie here, the lack of a free spins bonus round put us off playing this game for a good while. We were then convinced to jump in and give it a spin. We did. We have barely stopped playing it since. There is just so much fun packed into this machine.

We are in awe at just how brilliant NetEnt are able to make a game, even if they have the most basic of themes. If you play this, we can guarantee that you are going to love it. It comes highly recommended from us!

You are able to play the Starburst pokies machine on any website which offers NetEnt games. Of course, since NetEnt is one of the biggest names in the industry for pokies machines, it won’t be difficult to track down a place to play at all, why not try some of our best casino sites recommednations below?