The Immortal Romance pokie has been kicking around since 2011 now. This means that it is not one of the newest pokies on the block. The argument could be made that it is one of the best, however. It is worth noting that this pokie is a reskinning of Thunderstruck II, but let’s be honest, that pokie was awesome anyway.

How to Play Immortal Romance Pokie 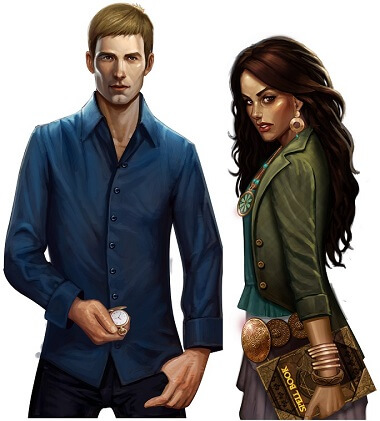 There are over 243 ways in which you can win on the Immortal Romance pokie. This is over the 5 reels that you have to play on. The minimum bet is 60 cents and the maximum bet is $6.00. This means that even those who do not love to stake huge sums of cash will be able to have a flutter at the higher levels from time to time. Of course, the minimum spend is a touch higher than a few other pokies out there.

This is a vampire-themed plie. As we mentioned at the start, this machine is a simple reskinning of the Norse God game, Thunderstruck II.

This game is for those who prefer a bit of darkness when they are spinning the reels. We must say, the game is tremendously well-designed. It captures the whole Gothic theme down to a tee. The music is eerie and the images well-drawn. This gets an A in our book in this regard.

While there are a few different features in the pokie, for the most part, the Immortal Romance pokie is going to be simple to understand. In fact, this is a game that effectively plays itself, even when it comes to the bonus features to be found in the game. If you have ever played a pokie before, then you are going to feel right at home.

There are a few features that you are going to need to be aware of in this pokie:

Wild Desire: this is the feature which seems to be triggered the most during the course of gameplay of Immortal Romance. When this feature triggers, up to five of the reels can become fully random. This leads to some huge wins. Of course, you are more likely to have just one or two reels become fully random, but that is still going to be pretty nifty.

Chamber of Sins: The ‘Chamber of Spins’ is the main feature to be found on the Immortal Romance pokie. One of the wonderful things about this feature is that the more you trigger it, the more lucrative it becomes. Basically, the Immortal Romance pokie is a game which rewards you for playing as much as possible. In order to trigger this feature, you will need to get 3 or more of the scatter symbols. In this case, it is the Lion Door Knocker.

There is also an Immortal Romance mobile pokie available. Anybody who has played a Microgaming game before will know what to expect here. This is a pokie which plays well on all manner of different mobile devices.

We absolutely love the Immortal Romance pokie. In fact, we love it more than Thunderstruck II, simply for the theme. We love the gameplay here. We love the fact that the game rewards you for actually playing the game.

We wish there were more machines out there that did this! We urge you to check out this machine. We are sure you will love it.

Immortal Romance Pokies can be played at most Microgaming casinos, however see our best Australian casino sites below which do (and also offer the best casino bonuses and free spins too!)

Online Casinos We Recommend in March 2021